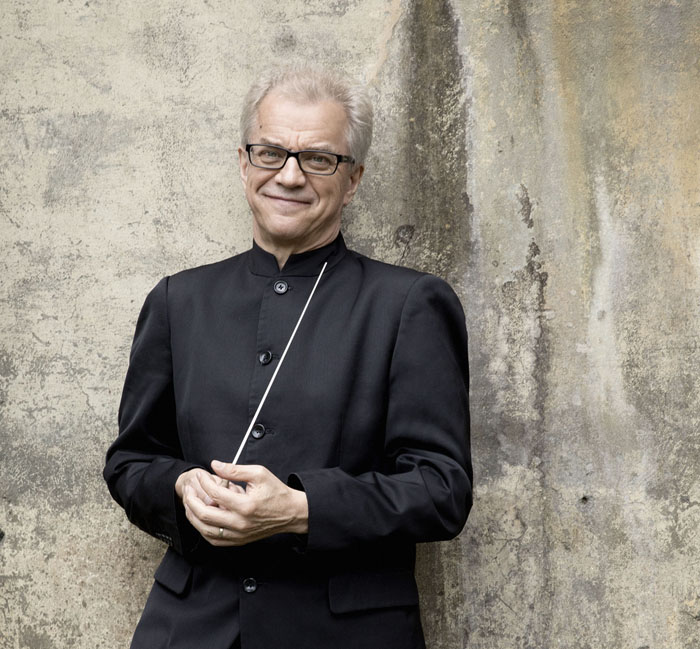 Osmo Vänskä has been Music Director of the Minnesota Orchestra for 16 years and in January 2020 begins his new role as Music Director of the Seoul Philharmonic Orchestra. Recognised for compelling interpretations of repertoire of all ages and an energetic presence on the podium, his democratic and inclusive style of work has been key in forging long-standing relationships with different orchestras.

With the Minnesota Orchestra, Vänskä has undertaken five major European tours, as well as historic trips to Cuba in 2015, at the invitation of the Cuban Ministry of Culture – the first visit by an American orchestra since the two countries announced steps to re-establish diplomatic relations – and South Africa in 2018, as part of worldwide celebrations of Nelson Mandela’s Centenary. The latter was the first visit by an American orchestra to the country and drew together South African and American performers in musical expressions of peace, freedom and reconciliation, on a five-city tour that followed a successful return to London’s BBC Proms.

Other highlights of his tenure in Minnesota include 19 album recordings, leading and mentoring young composers during the annual Composer Institute seminar, initiating and conducting the annual Future Classics concerts, and various educational and outreach projects in Minneapolis and other cities.


A distinguished recording artist, primarily for the BIS label, Vänskä is currently recording all of Mahler’s symphonies with the Minnesota Orchestra. With four discs already released, they received a Grammy nomination for their recording of Symphony No.5, the first in the series. He opens his first season in Seoul with the composer’s Symphony No.2 and closes the season in Minnesota with Symphony No.9. With Minnesota, they previously recorded the complete symphonies of Beethoven and Sibelius, also for BIS, to excellent international reviews, winning a Grammy Award for ‘Best Orchestral Performance’ in 2014 and receiving further nominations.

Vänskä studied conducting at Finland’s Sibelius Academy and was awarded first prize in the 1982 Besançon Competition. He began his career as a clarinetist, occupying the co-principal chair of the Helsinki Philharmonic Orchestra. He regularly performs in chamber music, having been invited to La Jolla Summerfest, Seattle Chamber Music Festival, Naantali Summer Festival, Sysmä Summer Sounds, Music in Ruovesi, etc. He has recorded Bernhard Henrik Crusell’s three Clarinet Quartets and Kalevi Aho’s Clarinet Quintet for the BIS label and is in the process of recording several duos for clarinet and violin which he has commissioned with his wife, violinist Erin Keefe.

Vänskä is the recipient of a Royal Philharmonic Society Award, the Finlandia Foundation’s Arts and Letters award, and the 2010 Ditson Award from Columbia University. He holds honorary doctorates from the universities of Glasgow and Minnesota and was named Musical America’s 2005 Conductor of the Year. In 2013 he received the Annual Award from the German Record Critics’ Award Association for his involvement in BIS’s recordings of the complete works by Sibelius.